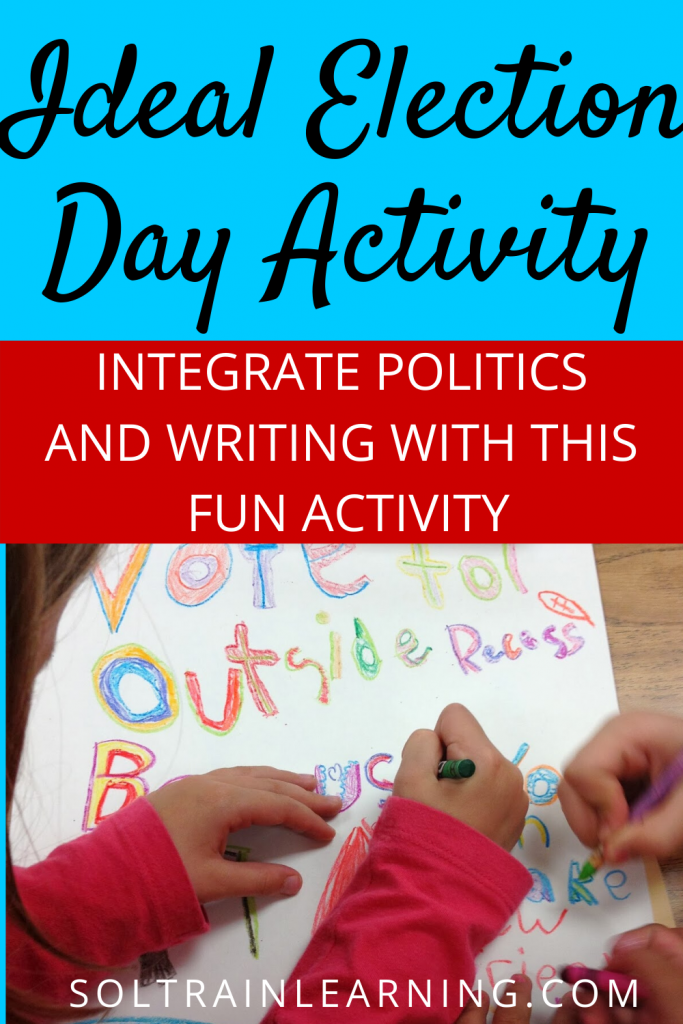 In the spirit of Election Day, I  decided to share with you an exercise I  did with my students, where they held an election for extra recess.
They worked on posters and campaigned for their choices. Then I provided them with ballots to vote on.  They were so involved during writing
workshop as they created their posters.

These are a few samples of the campaign posters that some of my students created together in their writing groups. They were excited to work on these posters. I told them they had to state what they were campaigning for and why people should vote for their ideas. I think they did an awesome job! 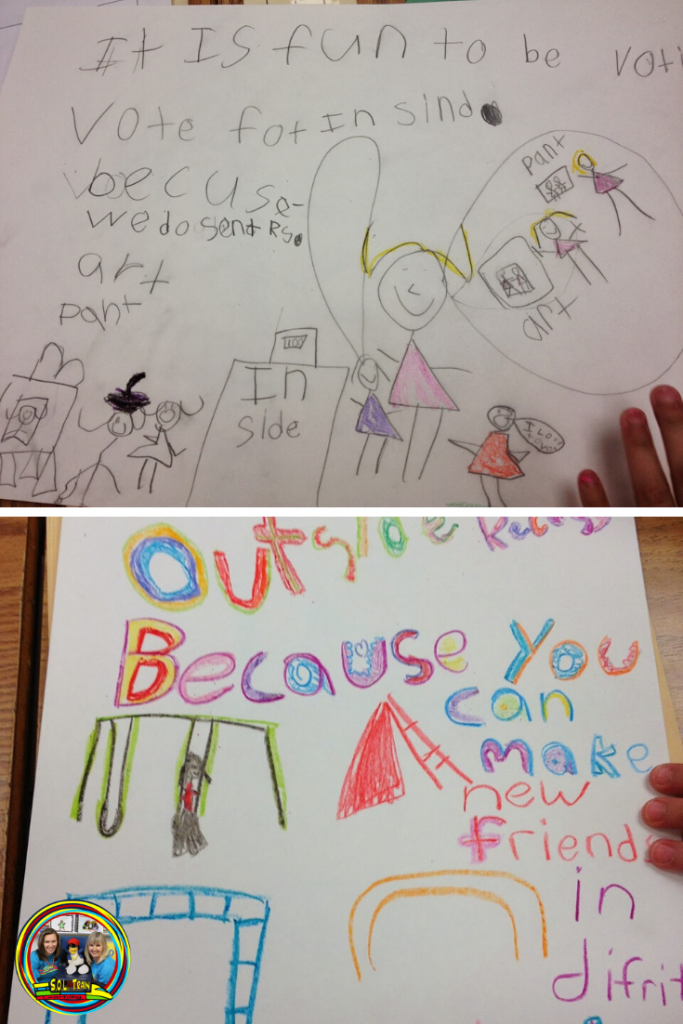 One of my kids wanted to know how to spell vote and another student took out our November calendar with the vocabulary words on it.  The little girl pointed to the word vote as the group was working on the poster. I was so thrilled to see her use her calendar as a resource to help her friend. 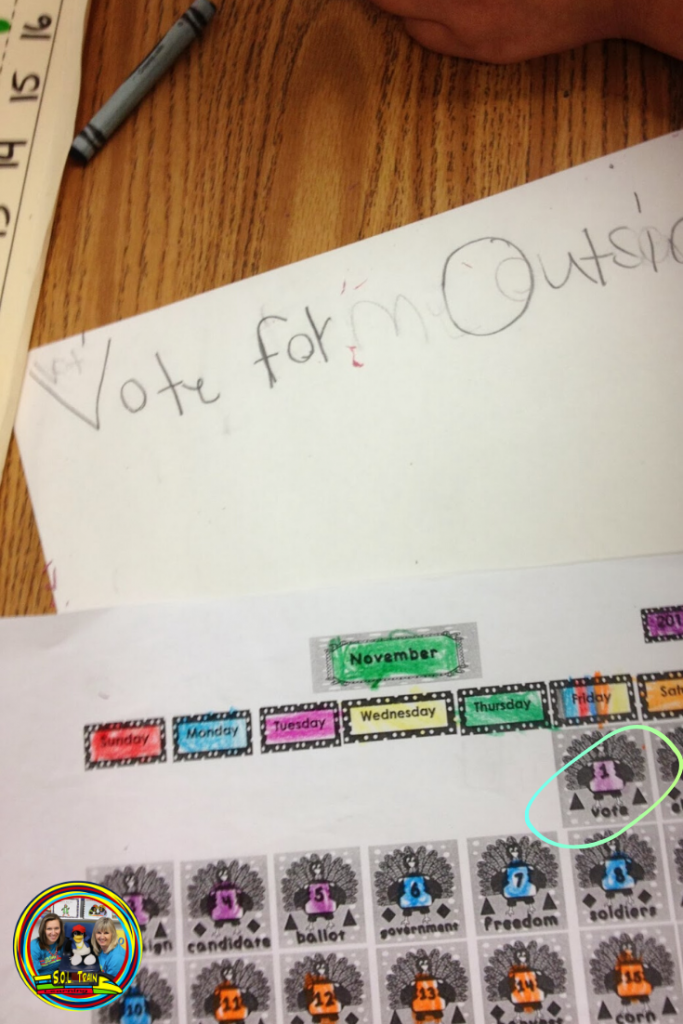 (Pictured above is our old student calendar) The new version is more interactive because we made a cut and paste version that also includes a teacher guide. 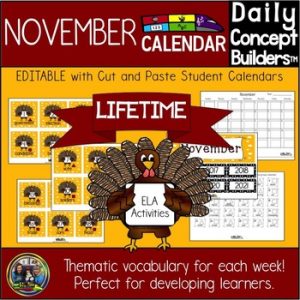 One of my students said his friend did such a great job campaigning for outdoor recess that he was changing sides!  He said that his friend told him that playing outside on the equipment makes you strong and healthy, and he agreed with him. 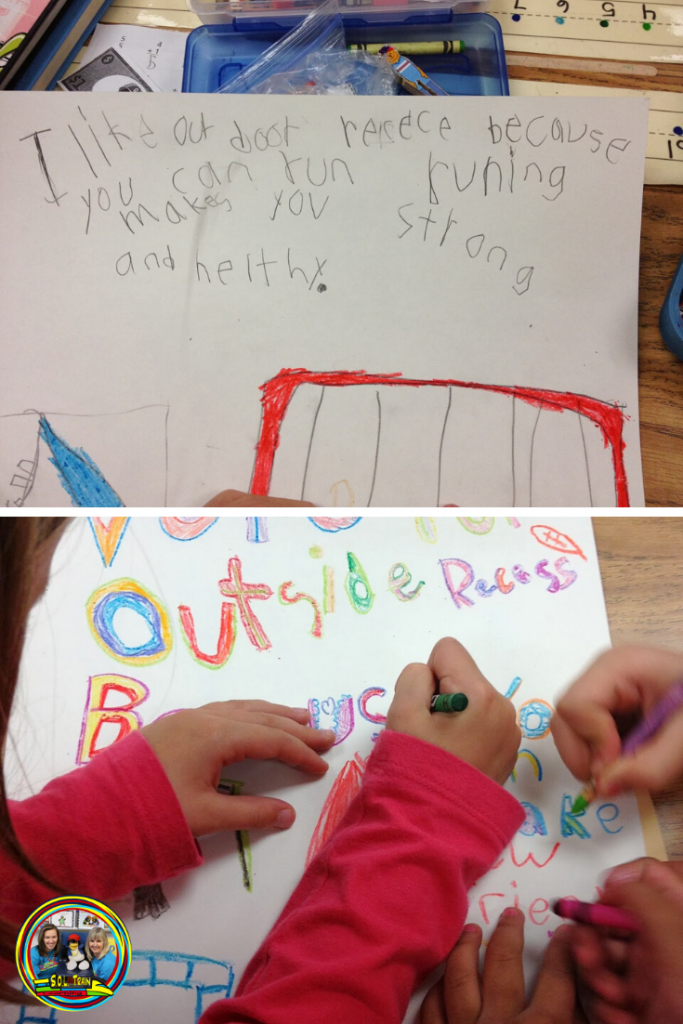 Here is a full list of the words I used during this exercise that are included in our calendar , GOVERNMENT, ELECTION, CAMPAIGN, CANDIDATE, BALLOT, VOTE.

After the students completed their posters, they went into another classroom and campaigned for indoor recess or outdoor recess. The kids in this class were so cute. They clapped for them after they shared their posters. Then they voted for their choices. We had a ballot box and they checked pieces of paper that represented a ballot. I apologize I didn’t get any photos of this part. I just forgot to take them.

I brought the box back to our classroom and took each vote out and we tallied them on the board.

The winner on Election Day was Outdoor Recess. 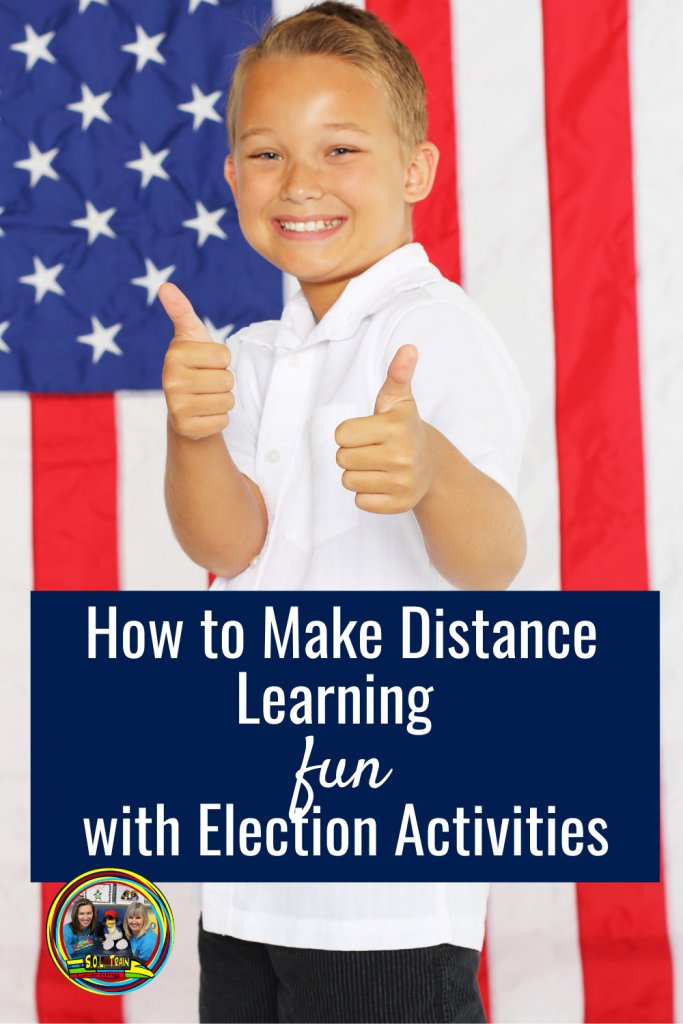 You can let your kids make campaign posters and have an election at home if they are doing distance learning right now:

Here are a few ideas of things they could campaign for:

Now, you have to remind them they have to write or draw convincing reasons of why they should get to do one of the ideas listed above, or you may have other great ideas, and they have to give a campaign speech.

You could even create ballots for them to fill out.

They could also decorate a ballot box that the votes will go in.

This is such a fun thing for the kids to do, especially if they are cooped up at home! Be sure to pick an idea where they can win, of course!

We have an Election Emergent Reader that includes real photos that are great for young readers as well as ESL and SPED students. It also has a song with the words from the reader. 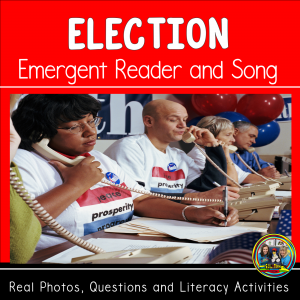 We also have created Election Boom Cards and Election Vocabulary Boom Cards which are digital, self-checking and the kids love them! They also have the same real photos. These games are great for distance learning because we have included audio so that your students can listen to the words. 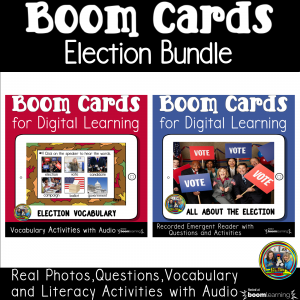 You can have a classroom election, vote for food in the cafeteria, maybe vote for a new center activity.  The options are endless and we want to hear from you! Feel free to comment below with your Election Day ideas.

Want a proven way to have a classroom of K1 students who are listening, focused, and engaged, without hours of planning or changing your curriculum? CLICK HERE for instant access.

Have an awesome week,

Success! Pretty please find us in your inbox to confirm your subscription.

Master Literacy for EVERY Student in 15 Minutes a Day!

Get Your FREE Guide!